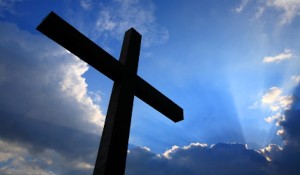 Wow! He is risen! What does Easter mean to me? Heaven. Heaven. And more heaven. Running. Twirling my arms up high in the air. Spinning around. Dancing. Crazy fast movement. The ability to hug our son like I’ve never been able to hug him before. But also… Awestruck. Falling down in worship. Enthralled. Deep peace. Perfect harmony. Penetrating joy.

But how? By Jesus’ cross and resurrection.

It all had to happen. And it did. We will benefit in heaven and we benefit now because He left us the Holy Spirit to guide us and give peace.

No words are deep enough to express my gratitude. My life needs to express it. So join me in loving someone at the Passover or Easter meal this weekend with patience, comfort and encouraging words. Let’s bless others in a new way this Easter season!

For my Father’s will is that everyone who looks to the Son and believes in Him shall have eternal life, and I will raise them up at the last day. John 6:40 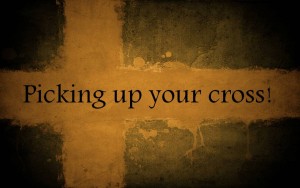 would relieve Jesus of carrying the cross through the streets of Jerusalem. However, as an adult comparing the four gospels, I see something different. Matthew and Mark say that Simon was “a passerby” who was “forced” or “pressed into service” to carry the cross. John doesn’t mention Simon at all. It was Luke’s account that made me stop and say, “Hmmm.” Luke says, “As the soldiers led him away, they seized Simon from Cyrene, who was on his way in from the country, and put the cross on him and made him carry it behind Jesus.” As Matthew and Mark portrays, Luke suggests that Simon didn’t know Jesus and was in the wrong place at the wrong time. But the more important part is “and made him carry it behind Jesus.” Behind Jesus. I sit on that word for a while. Not in front of Him. Not leading Him. But behind. There lies the picture I’ve had in my mind representing Jesus’ words in Luke 9:23 “Then he said to them all: “Whoever wants to be my disciple must deny themselves and take up their cross daily and follow me.”

I’ve never had anyone ask me to my face, but I’m sure they’ve thought, “Why do you believe in a God that says to follow Him with a painful cross? Why doesn’t He just take it away if he’s such a loving God.” He gave us free will to do what we want, when we want, otherwise we would just be marionette puppets with him controlling the strings. What choices would we have in that? Earthquakes, tsunamis – now that’s another story. I don’t have an answer to that except for the fact that it certainly WAKES ME UP to the fact that we never know when our time is up here on earth. That wake-up call always makes me ask, “Do I know where I’m going after this earth? Am I really ready? Jesus, I come to you. I’m sorry for the sins I have committed and I want to follow ever closer to you.” Not sure I’d be saying that if I didn’t have big shakeups in my life.

So regarding carrying your cross behind Jesus, try it. I encourage you to close your eyes, bow your head and with as little or as much as you understand who God is, speak to Him in your heart letting Him know that right now you are picking up your cross and following Him. It’s Good Friday……but Sunday’s coming. There are days I am trashed, frustrated and tired. But I have experienced His peace, His answers and His grace and it has only been due to responding to his challenge of “denying one’s self, taking up the cross and following Him.” If He endured crucifixion, I certainly can endure quadriplegia. Walk, crutch or roll beside me as we follow Him together.

Don’t know how? Begin with daily conversations with Him. Then ask Jesus to lead you to a church to join a class or Bible study where you can ask questions and learn more about your Savior.